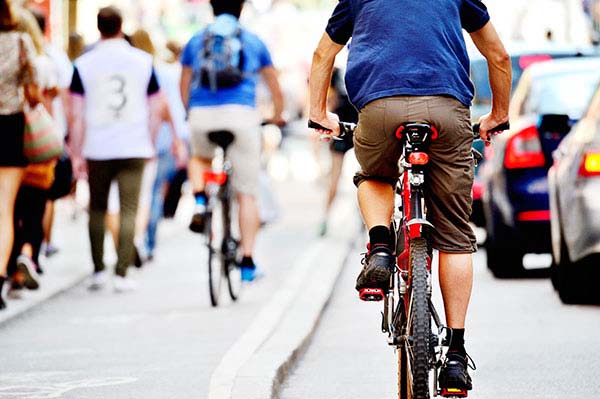 With an increasing number of cyclists every year, Victoria boasts excellent cycling infrastructure and a large community of eager riders. While cycling is often considered a recreational activity that is seemingly quite safe and harmless, it’s important to remember that cycles are still considered vehicles. In fact, a bicycle is defined as a vehicle with two or more wheels that is operated under human power via chain, belt, or gears as its main source of power. You should always be aware of what cycling rules and laws are in place, for both your own safety and that of everyone else on the road.

There is often some confusion around the rules and regulations that apply to cyclists. To lessen the confusion, this article will outline the key areas of importance. Firstly, it’s important to remember that cyclists are subject to most of the same road rules as drivers, including those relating to traffic lights and signage. There are, however, some additional rules that apply specifically to cyclists.

A helmet must be worn at all times when riding a bicycle, whether on the road, on a path, or riding through the park. All helmets must have an Australian standards sticker, to prove they comply with AS/NZS2063. Police can stop and fine cyclists for riding without a helmet.

When operating a bicycle the rider must have a leg on either side, facing forwards, with at least one hand on the handlebars at all times. Passengers cannot be taken on the bike unless there is a specific seat, like a child’s seat, installed on the bicycle.

If riding at night, the law stipulates that a white light must be used on the front, and a red light on the rear of a bicycle. In addition, there must also be a red reflector mounted to the rear. All lights on the bicycle must be visible from a distance of at least 200 metres, and all reflectors must be visible from at least 50 metres. It is the law to ride with lights on in the dark, and not doing so may incur penalties.

When riding with other bike riders, cyclists must not ride more than two abreast to a lane, unless passing by another cyclist. In the case of riding abreast, a maximum distance of 1.5 metres must be maintained between the two riders at all times.

When riding in this formation, cyclists must maintain awareness of other traffic and road conditions, and form a single file if cars are passing.

If there is a bicycle lane available in the direction of your travel, it is mandatory that you use the bike lane and do not drive on the road. Cyclists must not use footpaths or roads in the instance of there being a designated bike lane.

Adults are not permitted to ride on footpaths, excluding designated share paths, unless they are accompanying a child under the age of 12. Cyclists are under no circumstances allowed to ride on freeways.

All cyclists must use their arms to warn other road users of their intentions. Extending the arm to denote the direction of an upcoming turn is the accepted warning sign. Furthermore, cyclists are required to follow all road signs, signals, and crossing.

As with other road users, cyclists that are found to be disobeying the relevant rules and laws are open to fines and loss of demerit points.

Bicycle safety is important, so it’s imperative that all rules are followed. Bicycle accidents are most common at intersections, representing 61% of all road bicycle accidents. With plenty of risk when riding in traffic with passenger vehicles, it’s crucial that cyclists stay safe. Here are a few of our tips for safe cycling in Victoria: